OK, so I've gotta get something off my chest - so allow me to vent for a brief moment!

What's up with the "in a relationship" statuses on Facebook?  I see tons (and I do mean tons) of young people's "relationship status" changing almost daily!  Going from single, to "in a relationship," to "it's complicated" all in a week's time!  Young people, take it from someone who's been there (albeit a loooong time ago):  THERE IS A BETTER WAY." 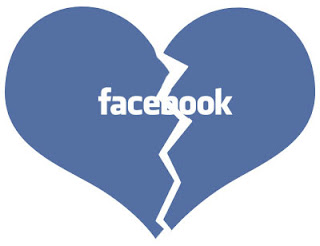 I realize that as God-created humans we have a need to be relationships - even ones with those of the opposite sex.  But I think we've gotten this whole relationship & dating thing all messed up!  Teens:  God doesn't want you to waste sooo much time on some random boy or girl, trying to "define" the relationship, then letting everyone know about it (through Facebook or otherwise).....He wants you to focus on the things that matter:  Loving Him, THEN loving others!  There is so much you have yet to experience, memories to be made - but you are so focused on the present you cannot see it, yet!

Parents:  help your teenage sons and daughters understand that being "in a relationship" is not the epitome of the teenage existence!!!  There is much that God has in store for your child/children - encourage them to spend time on that!  Help them understand that all that relationship "stuff" will work itself out as we follow Him.  Dads, let your daughters know they don't need to seek the approval from anyone other than you and their Heavenly Father.  Moms, let your sons know you love them unconditionally no matter what!

When I was in high school and even college, I spent an incredible amount of time trying to figure out who I could "go out" with or who would be my girlfriend.  It was a waste of time!!!  Instead, 5 months after finally deciding I would "Kiss Dating Goodbye" I met the love of my life.  She will even tell you that the first thing out of my mouth after meeting her was "Hi, my name is Dean and I'm NOT interested in a relationship."  That turned out to be a challenge for her - and she won!!!!